Q: My laptop is blocked with a BIOS password. Can you unlock it?
A: If the stuff here does not work, please use the vendor support. Please note that I have chosen not to publish generators for newer models.

Q: I have used your generators, but the generated passwords fail to unlock my laptop. Can you help?
A: No: please use the vendor support.


Q: Can I buy passwords/generators from you?
A: No.

Q: Can you teach me how to defeat BIOS password protection?
A: No.

In the wake of recent events... Bypassing the BIOS password of newer Dell models with a service tag ending in -1F66 is still only a trivial exercise in patience:

The algorithm used to derive the password from the service tag is just a minor modification of the crap seen before. Is public-key cryptography really that hard to understand?
Posted by dogbert at 3:34 AM

I received numerous emails in the past from owners of Fujitsu-Siemens Amilo Pi laptops that got locked up beyond recovery: in a nutshell, a BIOS update or some other minor event has caused the password checksum to be overwritten by a seemingly random number above 2^14 (16384). In conjunction with the butchered CRC16 implementation courtesy of Phoenix, this basically means that there are no valid passwords for checksums above that number, i.e. the laptop has become an expensive paperweight.

However, there is a small backdoor, and that is the BIOS emergency recovery: it's basically the last resort to recover from a bad BIOS update. I've patched out the password check from the binary so it can be used to reset the machine  to a valid password. Here's a quick how-to:
That should unbrick your laptop.

mtmarco has posted alternative instructions on amilo-forum.com.
Posted by dogbert at 4:36 PM

P.P.S.: http://www.bios-pw.org has a free password generator.
Posted by dogbert at 3:48 PM

I've been asked a few times to accept donations. Please find a button linking to Animal Rescue International on the right side - I'm quite certain that your donations are better off with them.
Posted by dogbert at 10:12 PM

A few weeks back, I ditched my iPhone for good and got my hands on a used Palm Pre. Unfortunately, it was net-locked by the provider. Fortunately, the modem is Qualcomm device and hence, all security features can be bypassed so easily that they appear meaningless in the first place. I've written unlocking scripts that work on every webOS phone, i.e. Palm Pre (Plus), Palm Pre2, Palm Pixi (Plus), HP Veer, or HP Pre3. You do not need a SIM card for obtaining the unlock code, and the unlock is perfectly safe, i.e. you can't brick your device. Here's a quick how-to:
The script should also work for Linux, MacOS, BSD and any other system which has drivers for the USB diagnostics mode and a python interpreter. I'd like to know whether this worked for you, so please leave a comment. Also, all sources of the unlocker have been released under the terms of the GPL. Feel free to hack away with them.
Posted by dogbert at 9:40 AM 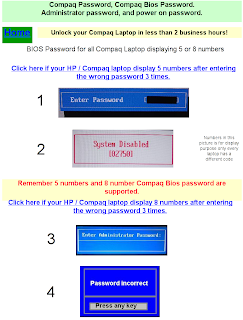 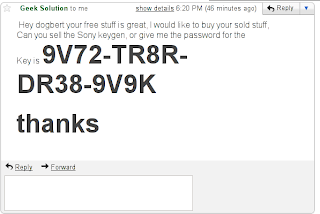 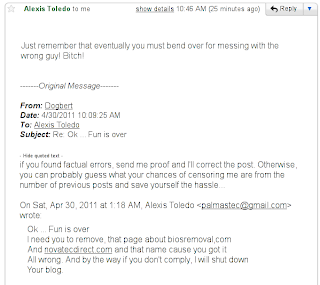 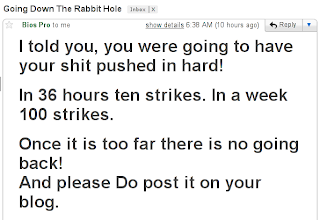 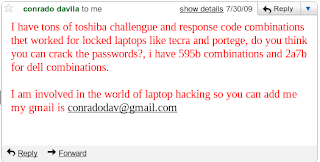 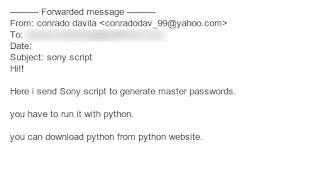 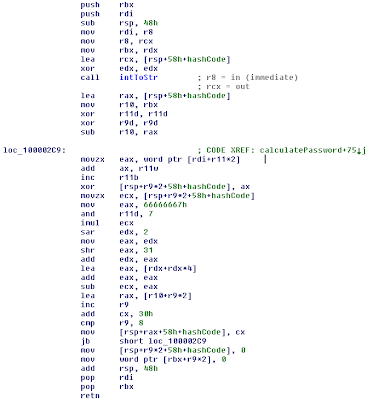 Seriously, guys? The master password generator is linked in the other post...
Posted by dogbert at 7:37 PM